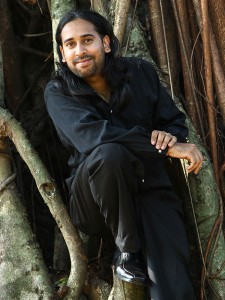 “through photography – accentuating beauty and wonders of the Malaysian natural heritage to the world.”

Born in Kuala Lumpur, Sanjitpaal Singh (Sanjit) is an established Malaysian nature and wildlife photographer. He has been in the field of photography for 15 years and has been rewarded with various awards, amongst them semifinalist for BBC-Shell Wildlife Photographer of the Year Award in 2006 & 2007 (UK), and receiving the ‘Malaysian One Earth Award’ in 2009 (Malaysia), Semi-Finalists for Veolia Environment Wildlife Photographer of the Year 2011 (UK) and Runner up for International Photography Awards, Professional Category (Nature/Trees), September 2012 (US). He has also received numerous accreditations working together with environmental NGOs, advertising agencies, magazines and daily press.

Apart from his wildlife works, Sanjit is the owner of fullcirclepix.com supplying photography services in events and creative assignments for Senses of Malaysia Magazine in which his front cover image has won the Malaysia Tourism award for the best travel lifestyle magazine in the year 2011/2012. He is also a contributor to The Expat Group and Open Media working on Malaysian images to be published in Essential Kuala Lumpur, Algarve, London, Portugal, Macau, and Hong Kong. A sort after photographer for corporate, social events and mainly editorial style images – some of his clientele include General Electric International Inc., BMW, Mercedes Benz, Audi, BRDB, Mulpha International, Spectrum Worldwide and NAAM Adventure.

His love of photography has gained him support various photographic brands and supporting photographic products. He also conducts workshops and seminars and has judged photo competitions in Malaysia and Singapore. Sanjit also contributes to DSLR and a columnist for Aperture magazine from 2010 – 2015.

Represented Asia for the “Dialogue of 5 Continents” in Paris, April 2015 (Organised by; Plante et Planète, Paris)

Featured on exhibition #My57 at Pavillion Kuala Lumpur, 31st August 2014

Conductor, Speaker and Facilitator for ‘The World Through our Eyes’ (orphans photographic education outing) on 3rd February and 2nd March 2013.